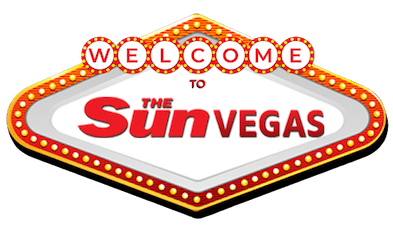 Play at The Sun Vegas

The Sun is a colossal newspaper that is read by more than 1 million UK residents every week and was first published way back in 1964.

In 2006, the brand launched Sun Bingo, with Sun Vegas, a more slot-oriented destination, appearing in 2019.

The Sun newspaper is owned by News UK, formerly known as News International, which is part of the News Corp conglomerate, based in NYC. It’s a series of uninspiring company names that should reassure anyone who is starting their own business and struggling to find a creative moniker.

They’re one rebrand away from just being “News”.

The Sun Vegas, however, is operated by VF2011, which clearly went the opposite way in the naming stakes, sounding more like a robot prototype than a casino company. VF2011 is based in Alderney and also owns Sun Bingo and Fabulous Bingo.

The site is licensed by the authorities of Alderney and the United Kingdom.

It’s a pretty impressive Welcome Bonus and it’s offered to all new players. Just join via the link above, verify your account, make a deposit of at least £10 to get the bonus, and a pop-up will appear asking you if you want to accept the bonus.

Now for the small print.

This bonus is not available to players who deposit using Skrill, Neteller, PayPal, or Envoy, and it has a 50x wagering requirement, which includes the bonus and the deposit. This means that a bonus of £10 needs to be wagered to the tune of £1,000 before the funds can be withdrawn.

Not all games are eligible, either. The bonus will direct you to the games that are, and there are plenty to choose from. It looks like they have just excluded the progressive jackpot titles and a few others.

The only other bonus available at the time of writing is the Loyalty Scheme, which is open to all players. You’ll get Loyalty Points every time you play and can convert these into cash amounts when you have enough of them.

1 point is awarded for every £9 that you spend on progressive slots but you’ll need to wager £10 to get the same on regular slots and between 20 and 30 for table games.

100 Loyalty Points equates to £1 cashback, so if you stick with non-jackpot bonus slots, you’re basically getting £1 back for every £1,000 that you wager. That may not sound like much, but it’s a similar rate to what you will get elsewhere. The fact that you’re getting cash as opposed to merchandise and free tickets just means it’s a little more transparent.

There are a lot of games here and they include player favourites like Immortal Romance, Cleopatra, and Gonzo’s Quest. Personally, and I feel ashamed to admit this, but I hate all three.

Cleopatra is too simple for my tastes, Immortal Romance is too old-school, and while I enjoy Gonzo’s Quest and have taken thousands of spins, I have never won or even unlocked the bonus round.

That game hates me, and after many sessions and two painful years, I begrudgingly learned to reciprocate.

I’m not mentioning that because I’m in a critical mood, it just gives you an idea of how picky I am when it comes to slots. I’ve played them all and there are only a few that I will return to time and again. As luck would have it, The Sun Vegas has most of those games and that’s a rarity.

It includes King Kong Cash, Rick and Morty Megaways, Kingdoms Rise, Age of the Gods, The Goonies, Top Cat, and Wild Gambler. And yes, it seems that I have a thing for Playtech and Blueprint Gaming, but these two developers also happen to create some of the best-looking jackpot games in the world right now, so who can blame me?

There are other developers here, but it’s really all about those two, and if you’re not a fan then there’s not much here for you when it comes to real money slots.

There are some Live Casino games though and The Sun Vegas also has a Virtual Sports section, where you can bet on your favourite virtual teams while you eagerly await those 3PM kick-offs.

I like to get stuck into these games every now and then. They have come a long way over the last few years. The graphics are much better, the gameplay is less repetitive, and you have plenty of betting options at your disposal. They scratch an itch for sports fans who don’t have real games to bet on.

The Sun Vegas is one of those casinos that insists on verifying all of its members before they can deposit or play. It’s frustrating as a reviewer who doesn’t want to go through that palaver with every single site, but it’s beneficial as a player. It means you won’t be hit with a surprise verification request when you’re making a withdrawal.

These early verifications tend to move very quickly and are completed more or less instantly. After all, if that wasn’t the case then they’d lose a lot of money and customers. If you use your correct details and are registered on the electoral role, you won’t even be asked for such details.

Once your account has been verified, then you’re ready to collect your Welcome Bonus and make a deposit. The Sun Vegas accepts Visa, Mastercard, Maestro, PayPal, Paysafecard, and Skrill.

It also has a Moneybookers logo, presumably for nostalgia, because it changed to Skrill a number of years ago.

There is a lot to like about Sun Vegas, but it’s far from perfect. The games selection is great but won’t be to everyone’s taste; the bonus is generous, but it’s the only one and isn’t available to e-wallet users.

If you’re a big fan of slots and want a generous first time deposit bonus, it’s well worth joining for some short-term fun. If you love Playtech, Blueprint Gaming, and their many progressive jackpot games, it’s time to make yourself at home and settle in for the long term!

Play at The Sun Vegas

X
Play at The Sun Vegas